I’m still not used to seeing Ralph Nader’s name in my inbox.  Sure, I signed up for his listserv, but that has yet to stop me from thinking that Ralph has searched me out personally because he knows how much I enjoy a rant, especially those that mercilessly attack greed and corruption.  Of course, Ralph and I don’t agree on everything, but his essays are eminently reasonable and meticulously researched. 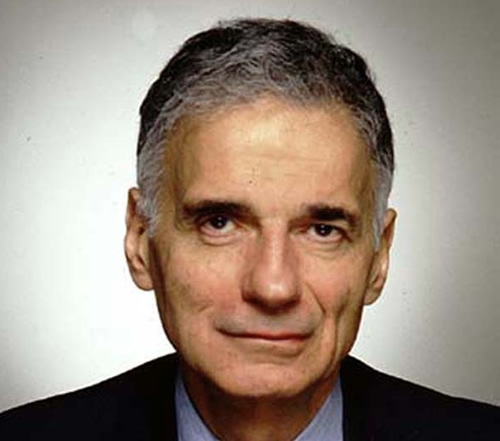 Last week, however, I almost wrote Ralph back, letting him know how much one of his emails hurt my head and heart.  He succumbed to cliché and alliteration (a poisonous combo, for sure) by titling an essay, “Between the Rhetoric and the Reality.”  He didn’t explicitly extrapolate on the shaky binary, thankfully, but such a juxtaposition is sure to raise hairs on most rhetoricians.  Wayne Booth started collecting headlines like this years ago (perhaps to mollify his irritation) and shares a few in the preface to The Rhetoric of Rhetoric:

“[What I’ve just said] is not rhetoric or metaphor.  It’s only truth.”

“President Bush’s speech was long on rhetoric and short on substance.”

We’ve all seen the likes of these lines, so I’ll not needlessly deride them with a long response on how rhetoric is most productively viewed as epistemic (it simultaneously describes, discovers, and creates knowledge) or how language fundamentally shapes our perceptions of reality.  Instead, I’m here to let you know that Ralph redeemed himself yesterday (for the most part*) with an email titled, “Words Matter.”

He begins by ridiculing the journalists who uncritically adopt words that are finely calibrated to affect the way we think about an issue or concept.  His examples are rather thought-provoking, so I thought I would share:

Day in and day out we read about “detainees” imprisoned for months or years by the federal government in the U.S., 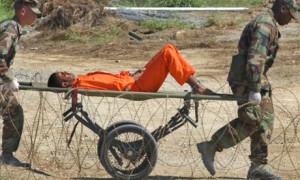 Guantanamo Bay, Iraq and Afghanistan. Doesn’t the media know that the correct word is “prisoners,” regardless of what Bush, Cheney and Rumsfeld disseminated?

The raging debate and controversy over health insurance and the $2.5 trillion spent this year on health care involves consumers and “providers.” I always thought “providers” were persons taking care of their families or engaging in charitable service. Somehow, the dictionary definition does not fit the frequently avaricious profiles of Aetna, United Healthcare, Pfizer and Merck.

“Privatization” and the “private sector” are widespread euphemisms that the press falls for daily. Moving government owned assets or functions into corporate hands, as with Blackwater, Halliburton, and the conglomerates now controlling public highways, prisons, and drinking water systems is “corporatization,” not the soft imagery of going “private” or into the “private sector.” It is the corporate sector!

“Free trade” is a widely used euphemism. It is corporate managed trade as evidenced in hundreds of pages of rules favoring corporations in NAFTA and the World Trade Organization. “Free trade” lowers barriers between countries so that cartels, unjustified patent monopolies, counterfeiting, contraband, and other harmful practices and products can move around the world unhindered.

* This redemption is only partial, I’m afraid.  Despite the correct articulation that “words matter,” Ralph’s proposed solution is to use “words that are accurate and [can be taken at] face value.”  He calls for “straight talk” and “semantic discipline.”  Such an appeal reflects his earlier rhetoric/reality split by suggesting that we “cut the rhetoric” and get down to the “real” stuff.  His framing suggests that there are right words and wrong words, with the right words being more ideologically or politically neutral.  Demanding that we return to the dictionary as a source of authority and clarity is about as persuasive as Dukakis in a tank.  So here’s the deal, Ralph: I promise to vote for you when you run in 2012 (or 2016, since you’ll probably be there, too) if you read the following works and give this troubled binary some serious reconsideration:

-) The Rhetoric of Rhetoric