The G20 protests once again have resistance and rhetoric in the spotlight. Over 35,000 participated in the demonstrations, which displayed the usual fair of symbolic dissent: placards, banners, costumes, etc. Of course, the comparatively minor amount of violence (in juxtaposition with the thousands upon thousands who simply showed up with passionate messages and solidarity support) gained the majority of media attention.  (To be clear, I’m certainly not of the camp that thinks non-violent protest is the only way to accomplish objectives and that if only we could get rid of these “rabble-rousers” then leaders would react postively to the protest.  History and plain logic stand against such a position.) 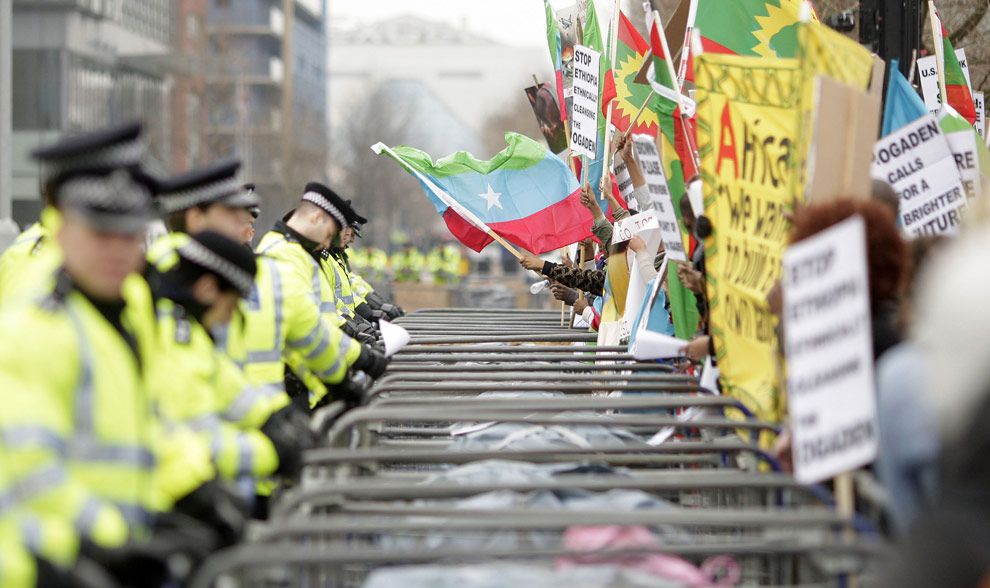 While I may post on these events in the future, for instance, how the media constructs the protests (largely grouped as “anti-capitalists and climate activists”), the various tactics of the activists (there’s been a surge in ironic protest over the past decade — why?), or the audience at which the protests are directed (governmental leaders? Those who keep tabs through the media?  The activists themselves?), today I want to make quick reference to a tangentially related matter of rhetoric:

Remember the shoe-throwing incident?  Of course you do.  But do you recall what Bush said afterwards?  Refresh your memory:

A transcription for y’all:

But let me talk about the guy throwing the shoe. It is one way to gain attention. It’s like going to a political rally and having people yell at you. It’s like driving down the street and have people not gesturing with all five fingers. It’s a way for people to, you know, draw — I don’t know what the guy’s cause is. But one thing is for certain — he caused you to ask me a question about it. I didn’t feel the least bit threatened by it. These journalists here were very apologetic, they were — said, this doesn’t represent the Iraqi people. But that’s what happens in free societies, where people try to draw attention to themselves.

What exactly does Bush mean when he likens the shoe-throwing act of dissent to other forms of dissent, like raucous rallies where people yell at him while flicking him the bird?  I don’t want to put too much stress on his words, since when left to ad-lib Bush can say some pretty amazing things, but I do think this off-the-cuff comment offers us some insight into how the former president views protest.

From what I can gather, acts of dissent are framed here as signs of a healthy democracy.  Dissent, then, is not an invitation to a different outlook on the world, or a confrontation and critique of ruling powers, or an example of alternative modes of existence, but simply a sign that a democracy is functioning properly: that people are allowed to speak difference.  This is, in other words, a positive sign.

Using this as an indicator of health, neo-liberal democracy is quite healthy these days.  If we take a look at the amount of protests that accompanied Bush throughout his tenure, we’re doing just fine.

Bush’s comment stands in contrast to a Nixon comment that is representative of how the Chief typically responds to protests:

Now, I understand that there has been, and continues to be, opposition to the war in Vietnam on the campuses and also in the nation. As far as this kind of activity is concerned, we expect it, however under no circumstances will I be affected whatever by it.

Bush departs from this stance and makes the bold move to claim it as a victory for a free society. Hmm . . .

I’ll be keeping my eye on the heads of the G20 to see how they respond to the protest.  In the meantime, we should all recognize that a serious shift is underway and that activists of all walks are being presented with an opportunity for action.