A week ago, Amy Chua, a professor of Law at Yale Law School and mother of two Chinese-American daughters, published an excerpt of her book (Battle Hymn of the Tiger Mother) that reflects on her Chinese parenting techniques. The response has been astounding with over 6,000 comments — and not just because of the provocative title the Wall Street Journal chose for it either. 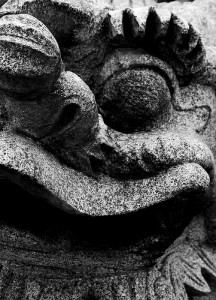 “Why Chinese Mothers Are Superior” presents Chua’s parenting model, and she offers three differences between Chinese and Western approaches (which, naturally, are countered by Asian and Western parents alike in the comments section):

Each of the three points assumes a significantly different common ground between parent and child compared to a generalized idea of Western approaches, which means that parents can take entirely different starting points toward shaping their children’s personalities, work habits, attitudes toward difficult tasks, and so on.

An anecdote in the excerpt shows what this persuasive approach can look like. It gives some insight into the kind of language, threats, and physical constraints (not violent, but including orders to sit still) Chua uses to control the learning and disciplinary environment after her youngest daughter, Lulu, repeatedly fails to master a difficult piano piece:

I threatened her with no lunch, no dinner, no Christmas or Hanukkah presents, no birthday parties for two, three, four years. When she still kept playing it wrong, I told her she was purposely working herself into a frenzy because she was secretly afraid she couldn’t do it. I told her to stop being lazy, cowardly, self-indulgent and pathetic.

When her technique also repeatedly failed to bring the desired results, husband and wife conferred, and Chua continued:

I rolled up my sleeves and went back to Lulu. I used every weapon and tactic I could think of. We worked right through dinner into the night, and I wouldn’t let Lulu get up, not for water, not even to go to the bathroom. The house became a war zone, and I lost my voice yelling, but still there seemed to be only negative progress, and even I began to have doubts.

Eventually something clicked for Lulu and she began to pay the piece correctly – and her exclaims show how proud she was of herself. But here’s where the critics disagree: Is Chua correct in assuming Lulu is “strong enough to take the shaming and to improve from it,” or, as a writer at the New York Times repeats from a detractor, is Chua a “mommie dearest” figure raising a daughter destined for life in therapy?

Lots of questions, and lots of variables. Personally, what I think is interesting is parents’ struggle to follow one tradition while living and interacting in another. But I guess this is why Chua clarifies in a later interview that her book is a testament to the trails she went through as a bi-cultural (but Chinese-leaning) mother in a land with different basic assumptions about parent-child relationships. Whether her methods appear sound to us or not, my humble opinion is that we should applaud her attempts at sharing her experiences and reflecting upon them – a sign of good parenting in any culture.