If you don’t not think too deeply about being unshallow, it’ opaquely clear. And as long as you follow Jedi recommendations to “Feel. Don’t think,” you won’t force this idea beyond transparency: Star Wars’ Force is a form of social media.

Here are a few reasons to imagine the Force as Forcebook. 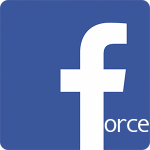 In more, other, and our words, Jedi, it’s time to “Think. Don’t feel.” Forget the Force. May the #kairos be with you.

This is an excerpt from an article I’m writing with @CateBlouke.

One thought on “Forcebook, the Jedi, and May the #kairos be with you”