Alright, I’ll level with you. I don’t have anything super pertinent to bring up this week and my internet connection has been temperamental at best; however, I figured some of y’all might appreciate a literary freebie–so to speak. I mean, really, who doesn’t want a T.S. Eliot typography wallpaper? Eh? 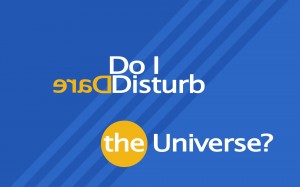 Want to show Harlot some love? Think you can show us how it’s done? Ready to play?

We’re looking for new recruits and fresh ideas — not to mention skills. Work with super-cool contributors and reviewers. Enter the exciting world of HTML. Be a magnanimous zenith of greatness. Er, help keep Harlot‘s feet on the ground.

If you’re interested or want more information, shoot us an email at harlot.osu[at]gmail[dot]com.

You can also find this information in our Announcements and on our Project Page. We encourage you to forward any of these pages on to people you think would be interested. Help us out by posting it around the blogosphere and passing it on to your friends.

We look forward to hearing from you!

I don’t always catch episodes of This American Life on National Public Radio (NPR) — though I have taken to listening to them online now — but I caught one by accident a few weeks ago. By the time I finished my drive home, I was glued to the story and sat parked in front of my home.

“Remember Me” aired in early April, and it focuses on how individuals try to shape how their legacies will be remembered. I was struck, touched, disappointed, and then oddly relieved in hearing the first story (starting at minute 9). I don’t want to give it away; in fact, if I were you, I wouldn’t even read the description of the story online but just simply listen to it. Its unfolding is captivating.

SpaceCollective seems to have found a nice cushy spot where their members intersect between science and art. My, my, how I love it so.

To be honest, I haven’t watched Sesame Street in… well, many many years.  I did, however,  stumble upon these YouTube clips of Sesame Street‘s versions of popular adult crime shows: Law and Order Special Letters Unit and Rhyme Scene Investigation (RSI).  While the videos are–in keeping with SS‘s mission–educational, it’s a little ballsy to connect a children’s educational show to adult crime shows, especially to one that focuses on sexually heinous crimes.  I’m guessing SS just wanted to throw its adult audience a bone.

Since we at Harlot love the multimedia approach toward our articles as much as the text-based, I thought I might pass along something that might help you get that multi-modality a little bit easier. I know it can be difficult to get into hardware, when all you want to talk about is, say, the rhetoric of a dog park, but the technological aspects of things are important considerations.

Blue microphones has released a new mic recently, duly dubbed Mikey, which connects and allows you to record directly to your ipod. Super cool, no? Supposedly, it’s supposed to be some high quality hand held recording. I’d love it if Blue Mic would give samples of how the audio sounds, but, alas, it seems I’ll have to trust their ethos. Get this, though, it doesn’t require any software, which is always a selling point for me. (Really, you get enough hardware that requires software and you end up having more software on your computer than Steve Jobs.)

I carry my ipod around with me enough as it is and I wouldn’t be opposed to grabbing some cool audio out on the streets either. Unfortunately, though, it only works with iPod nano, 2G, 3G, 4G, 5G, and iPod Classic, so that leaves ipod touches and iphones out of the mix.

It is an $80 drop, but I do think it’s worth looking into. People create entire documentaries out of flip-cameras, I think someone could do just as well with little Mikey.

David Byrne has just released 4 live tracks to benefit Amnesty International. Check them out below and download them here for a mere $3.99 that all goes to Amnesty.

I know about this because I got another email from DB this morning:

Some time ago Amnesty International asked if I might do “something” for that organization this year- (in previous years I had done one of my tour dates as a benefit for them). Amnesty has such an amazing and consistent track record of speaking out and helping to illuminate courageous people who might otherwise not be heard from so the answer was “yes.”

It was decided to record some songs from my current tour for them to be sold as a download with the proceeds going to Amnesty. As there are no physical costs with digital distribution this means more of the sales percentage actually goes to where it’s supposed to. So, thank you for supporting a great organization and I hope you like these recordings too.

Still loving that name in my inbox… 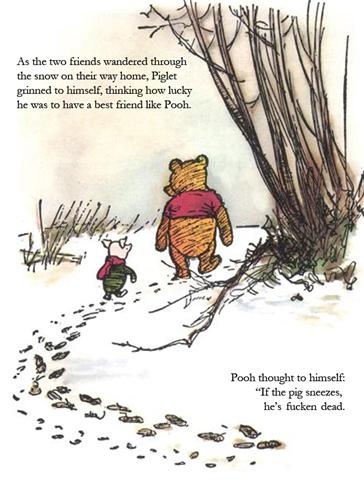 Has anyone else noticed that the media has made a conscious effort to refer to this sickness as N1H1 rather than its nickname “Swine Flu?” Of course, I understand that this is in response to what’s been happening with pigs/pork. Egypt has been killing their pigs, Russia has banned any importation of pork, and pork sales have dropped even though you’re not supposed to be able to contract N1H1 from eating pork. Heart disease, yes. Swine flu, not so much.

Food groups always carry a fair amount of weight when they want something done. Remember Oprah and the whole mad cow thing? In this case, though, I actually kinda support the move. When innocent pigs are being killed for the mere association of a name, well, maybe creating a distance between a nickname and the reality of the disease is necessary. And if you can create that distance by calling it by its scientific name, then I think that’s acceptable. It’s not that the name is changing to some commercial marketing ploy.

Bottom line, if innocent and healthy pigs are saved in this move, then I find it a comfortable and ethically reasonable shift.

Oh, and another somewhat misconception I find interesting: there’s all this talk about Mexico and California and Texas and the Southwest in general; however, the state with the highest confirmed cases (as of May 2nd), according to the CDC, is New York. Seriously, look into it.

New an example of superb delivery skills?  Heard of Lawrence Lessig, but unsure what his argument platform is? Searching for the modern day McLuhan? Check it: